At Norrtälje Sportcentrum, an indoor sports centre in Sweden, both ice hockey season and football season run all year long. Thanks to a clever energy use strategy, waste heat from refrigerating the ice rink is used to heat the artificial turf football pitch. All measurement values are monitored and optimised with ClimaCheck.

On a sunny morning in May, I meet Erik Klockare, the chief administrator for Norrtälje’s sports and leisure facilities, at Norrtälje Sportcentrum. Outdoors it’s spring, but in the ice hall, temperatures are still wintry and a full slate of activities is under way. Sweden’s national hockey team is holding a training camp, running passing drills and firing shots on goal. “We are one of the few ice halls that stays open in the summer,” says Erik with pride. “The rink maintains international match-day standards, and it’s very popular with Sweden’s elite hockey players during the summer months.”

Probably the first in the world

“We started asking ourselves, what are we going to do with all this waste heat?” says Erik. “One day, I was driving home from a seminar at a technical school in Katrineholm with Kenneth Weber, a plumbing and heating consultant and expert on energy optimisation. We had just looked at a system that pumped all the waste heat down deep wells, and we were both thinking we ought to be able to do something better with all that heat than that. As we were driving, we came up with the outlines of what is now our combined refrigeration and heating plant for the ice hall and the artificial turf pitch at Norrtälje Sportcentrum. Today we don’t spend a single krona on energy to heat the artificial turf. The refrigeration unit is actually using less energy now that we we’re eliminating waste heat so efficiently, and the temperature is often lower than it would be if we were cooling with outdoor air. Since we operate both the ice rink and the football pitch year round, we save an enormous amount of money with this system. We’re the first in Sweden – in fact, probably the first in the world – to combine ice cooling with artificial turf heating like this.”

An essential prerequisite for fine-tuning the functioning of the entire system is being able to monitor all relevant system temperatures. Energy consultant Kenneth Weber, who has been involved with precision monitoring and optimisation of refrigeration and heating plants for a quarter of a century, recommended installing a permanent monitoring system from ClimaCheck. “With ClimaCheck, we have a fantastic opportunity to track and optimise the performance of our plant,” says Erik Klockare. “The equipment gives us a perfect overview of all relevant measurements and enables us to adjust temperatures exactly in order to operate as economically as possible. We log onto our own page on ClimaCheck’s website, and can thus monitor the facility from any computer with an Internet connection. The user interface is easy to use, and we can see whether any values are off straight away and adjust them immediately.” Refrigerating an ice rink costs on the order of 1–1.2 million kronor for the winter season alone. By tracking all relevant measurements with ClimaCheck, it is possible to improve performance by 10¬–15 percent, according to Kenneth Weber. “We’re thus saving 100–150,000 kronor a year thanks to smart monitoring,” says Kenneth enthusiastically. “Without such sophisticated monitoring equipment, it wouldn’t be practically possible. Every ice hall and sports facility in the country could potentially be saving serious money this way. In my opinion, ClimaCheck is essential if you want to gain control over operating costs at a large facility.”

We measure all relevant values

“Achieving optimal energy efficiency is a matter of balancing the temperatures at several different measurement points,” says Kenneth Weber. “It only works if the measurements at each point are exact and simultaneous, which is one of the basic pillars of ClimaCheck. In the refrigeration unit, we measure temperature, pressure and electrical output at various points on both the heating and cooling sides. In the ice hall, we measure the temperature of the air just above the ice, of the ice itself and of the concrete slab under the ice. We also monitor humidity in the hall. As for the football pitch, we measure the temperature at nine different points on the surface as well as half a metre down, in the bed of crushed stone that serves as a heat reservoir under the artificial turf.”

“There are big potential savings for municipalities that start monitoring their facilities with ClimaCheck,” says Kenneth Weber. “Many think that as long as they have a control system, they can optimise energy consumption, but unfortunately that is simply not the case. If the refrigeration process is not monitored and analysed with painstaking accuracy, there’s no way to fine-tune the system. No other monitoring equipment on the market compares with ClimaCheck. It’s a huge help. Without it, you’re working blind. With a permanent ClimaCheck installation, the people in charge of operations can continuously monitor performance. The analysis is highly detailed and fully logged, so you can follow up on performance over a period of time. Many municipalities and property owners figure that as long as they have invested in a monitoring system or outsourced operations to a facilities management company, they will get this kind of follow-up, but without measurement data and analysis of how the refrigeration units are actually functioning in the system, it’s impossible to make the correct adjustments and follow-up corrections.” 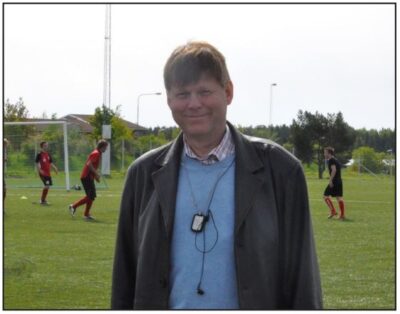 “We are using free waste heat from the ice hall refrigeration plant to heat the artificial turf
pitch – heat that would otherwise cost us over a million kronor a season,” says a satisfied Erik
Klockare, who manages sport and leisure facilities for the Municipality of Norrtälje. “Today
we’re playing football year round here.”

ClimaCheck provides a perfect overview of all relevant measurements, enabling users to calibrate temperatures exactly in order to run their facility as economically as possible. 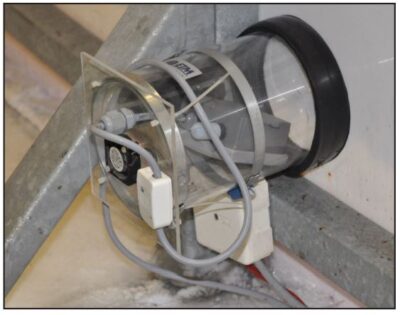 “In the ice hall, we measure temperature and relative humidity just above the surface of the
ice, and temperature in the ice and in the concrete slab under the ice. We also monitor humidity elsewhere in the hall.”

ClimaCheck is the only analytical system on the market that enables total control of refrigeration and heating plants. What that means in practice is lower costs for energy and system shutdowns, reduced environmental impact and increased dependability. ClimaCheck is a complete system including both hardware and software for monitoring the performance of refrigeration units, heat pumps and air conditioning units. It provides control over all relevant measurement data, including compressor efficiency, performance, COP for cooling units and heat pumps, etc. The system consists of a central unit with various types of sensors for measurement of temperature, pressure and electricity consumption.
You monitor your facility through ClimaCheck’s user-friendly web service. The system also sends an alarm if preset threshold values are exceeded. The equipment is available for permanent installation and in a portable version. 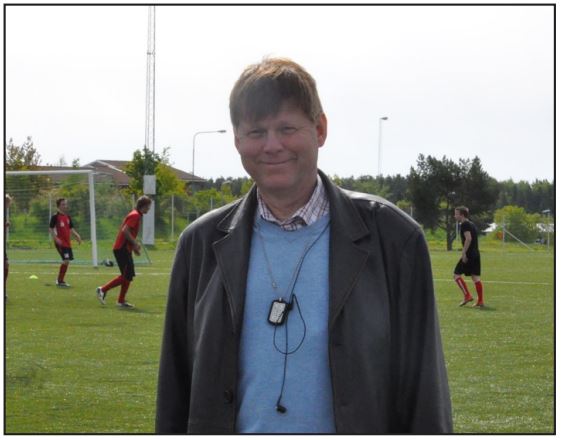 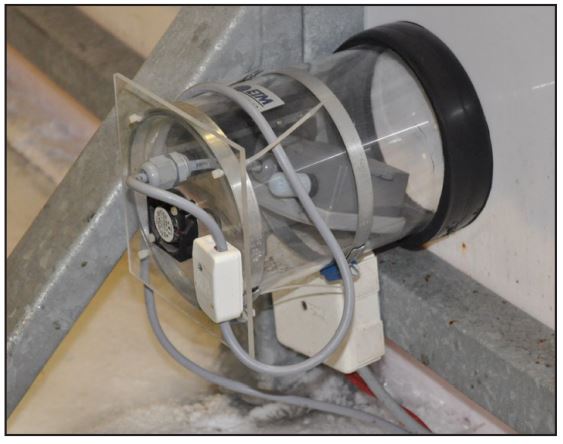